Beirut Bound will walk you through the many ancient cities that overlook the Mediterranean Sea. As you follow a cobblestone path, you will marvel at how each of the cities along the Levantine coast celebrates their Phoenician past in their own unique way. Later, you will ascend mountains and descend into valleys that sing songs of oppression and wars. Then, you will traverse deeper into the country to witness the majesty of Roman pillars and temples. From rulers, to traders, to caliphates, layer upon layer, every element breathes life into the Lebanon that stands tall today.

Lebanon’s history is still alive as it is forever humming in its complex landscape. Beirut Bound’s experts guide you from the lands of Canaan to the Assyrian rule. Then from the Umayyad Caliphate to the Ottoman Empire up until current conflicts, all the while walking the very lands on which these ancient people roamed.

Choose our comprehensive History Tour for an overview of Lebanon's past or select the era that interests you most:

History Lovers – hop on board Beirut Bound’s time travel machine today! As with all tours offered by Beirut Bound, you can make a choice of some of the services and tours available above, or you can request a whole History Package deal. 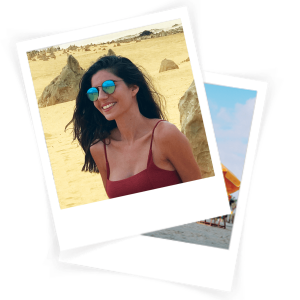 Hi there! I’m Adeline, Lebanon’s one stop travel advisor. I listen as you describe your dream getaway, and I weave a holiday tailored for you. I believe in only doing things I love, and I truly am passionate about this!

Join the SetSail community today & set up a free account.